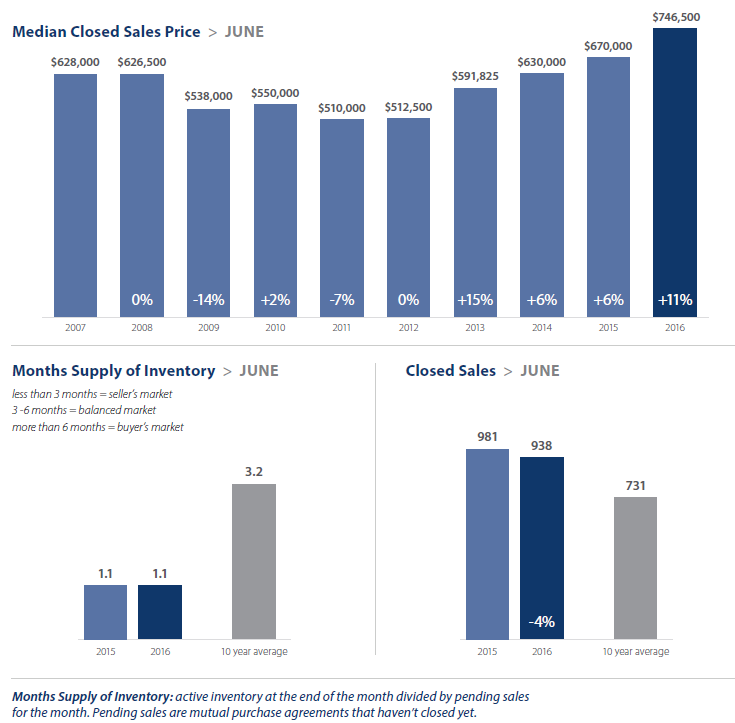 Despite an uptick in inventory, home prices hit new records in June yet again. A national study showed that home prices are rising faster in Washington than any other state. While lower interest rates provide some relief for buyers, sellers are the real winners. The increase in inventory indicates that more homeowners are starting to take advantage of this historic seller’s market.

After setting a new record last month, the Eastside saw home prices drop slightly from the May peak of $760,000 to $746,500 in June. That number was an increase of 11 percent over a year ago. Despite the small price adjustment, the Eastside continues to have the highest median home prices in King County. 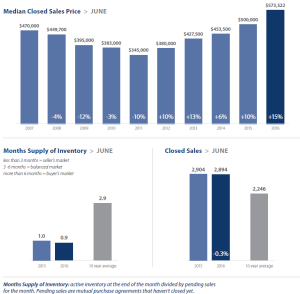 This is the fifth month in a row that the price for a single-family home in King County has set a new record. This latest peak was $573,552, up 15 percent from last June. Inventory increased slightly, but homes were snapped up quickly. One analysis shows fewer multiple offers, but indicated that 80 percent of new listings were selling within the first 30 days. 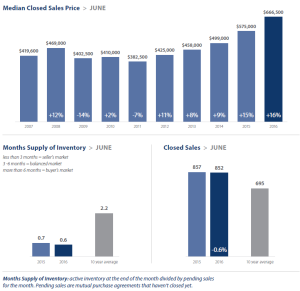 The median price of a single-family home in Seattle was a record $666,500 in June, up 16 percent over the past year and a jump of 74 percent in the last five years. Those hoping to save money by renting aren’t seeing much relief. A recent report ranked Seattle with the second highest rent growth in the country.

Despite an increase in inventory, home prices in Snohomish County continued to rise. Buyers seeking an alternative to King County’s high prices are pushing their home search north resulting in increased completion for homes and adding to price escalation. The price here hit a new record of $395,000 in June, up 9.7 percent from a year ago.